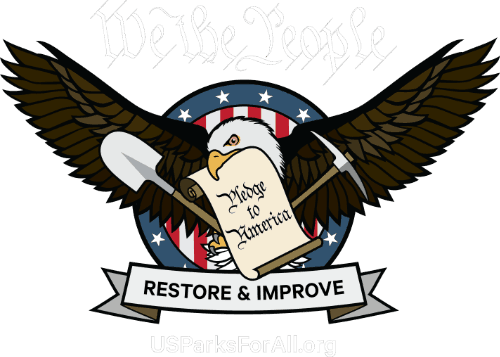 Noted naturalist, John Muir, said, “in every walk with nature one receives far more than he seeks.”

President Franklin D. Roosevelt said, “There is nothing so American as our National Parks… the fundamental idea behind the parks… is that the Country belongs to the people, that it is in the process of making for the enrichment of the lives of all of us.”

When President Ulysses S. Grant signed into law the creation of Yellowstone National Park on March 1, 1872, it was the first such National Park in the world. His unique vision was to protect the untamed wilderness from all who would exploit it, and preserve it in its pristine state so that all future generations might experience the wonders of nature at their finest.

Fortunately for us all, President Grant’s vision continued to be expanded upon throughout the years. The National Parks Service was established by an act signed by President Woodrow Wilson on August 25, 1916. To date, the National Parks System encompasses 417 areas; including parks, monuments, historic sites, recreation areas, military parks, rivers, trails, coastlines, lake shores, and even the White House. In all, these areas total more than 84 million acres, and their landscapes and shores offer many diverse experiences.

Stand on the banks of the Yellowstone River and you cannot help but feel immersed in the stunning vista which surrounds you. You can hear the whisper of the river while you watch snowflakes dance in the crisp, clean air of winter’s pristine hold upon the land.

Hike the trails of Acadia, Maine’s rugged coast, and revel in the myriad songs of more than 300 species of birds.

Stand at the rim of Arizona’s Grand Canyon at sunrise and watch as the sun turns the canyon crimson, like a phoenix rising from its depths.

Explore the Florida Everglades, the largest tropical wilderness in the United States, and home to 36 protected species.

Watch the molten lava flow from two of the world’s most active volcanoes on Hawaii’s big island.

Explore 400 miles of passageways that make up Mammoth Cave in Kentucky.

Or stand beneath the towering sentinels of California’s Redwood Forest, home of the tallest trees in the world.

Marvel at the ancient, multi-colored spires of sandstone in Utah’s Bryce Canyon.

These sites and so many others are our Nation’s more valuable treasures. We must preserve and maintain them, for they are not only for our own exploration and enjoyment, they are the legacy we must leave our children and all future generations to come.